I went into hibernation this weekend. My hubby was away. I got to baby sit my best friend's puppy while she was away. So it was just me, the bird, and the dog. It was also in the 90s here this weekend and..... well.....hot humid weather makes me cranky. So we stayed in only leaving the cool confines of home to take care of doggy business. It is amazing how much you can get done in the studio with no one around to distract you. No phone calls, no television.... just a short nap.

Last week I tried to silk wrap some bangles. I was really pleased with the boho chic look so I decided to make some more for the show. 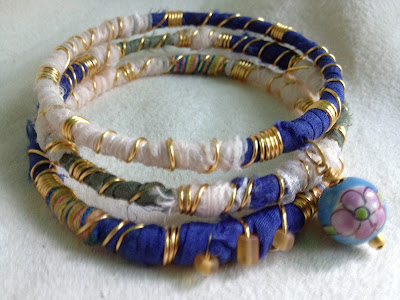 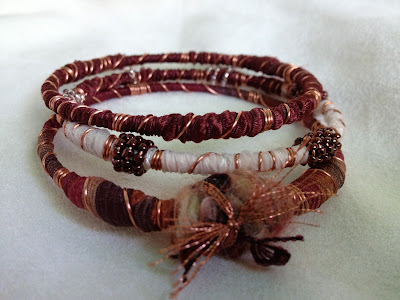 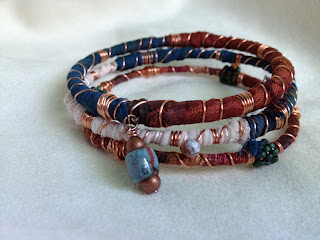 I found out the craft show isn't until the second week in November. Which is good. Jeanne who has set up this show for 27 years says that the mistake that newcomers always make is that they don't have enough to sell. So from now until then..... more time in the studio.... more stuff to sell!
Posted by Leslie S. at 5:09 PM